The progressive Economy of Ukraine after Euromaidan.

With the adaptation of the radical reforms policy by the government of Ukraine after the end of Euromaidan in 2014 and with the technical and financial support by the international communities like European Union (EU) and the International Monetary Fund (IMF), Ukraine has been able to gain some steady growth in its economy. The economic indicators of 2016 shows that Ukraine has been able to gain a slow but steady growth of around 2% in these years. Along with the positive situation on the global commodity market there has been the fall of price of energy resources, supported by the favorable weather condition which helped to enrich gain in grain harvest that is followed by the high export of grains that lead to the growth of Ukrainian economy.

Macroeconomic situation of Ukraine has been stabilized with the economic growth, that can be observed by looking at the balance of budget and maintenance of the deficit to 3% of the GDP, as well as the improvement in the banking sector and maintaining the level of inflation. 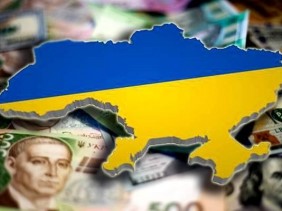 The inflow of the foreign investment and the development of the business sector were affected by the war in Donbas, corruption, deregulation of the economy and lack of judicial reform.  Some of the factors that will affect the economic growth of Ukraine in 2017 will be the development of situation in Donbas, positive situation on the global commodity market or foreign market, weather conditions as so on.

Assuming the positive scenario, with stable situation in Donbas and continue pace of reforms and cooperation with EU and IMF, the GDP growth rate can be around 2-3% with the stable macroeconomic situation.

One of the biggest successes of Ukraine reform policy that is seen last year was in the macroeconomic performance of the Ukrainian economy that is depicted through its stable financial situation and positive return to growth.  The stable political situation, favorable situation on foreign market, relatively less military activity in Donbas and results of various reform policies were the reason for the economic stability and growth.

The monetary policy of National Bank of Ukraine (NBU) is another factor to be considered as a success.  In March 2017, Consumer Price Index (CPI) grew by 15.1% year-over-year (yoy). Inflation came below the NBU’s projection of 16.4% yoy, which was published in the Inflation Report (January 2017). Therefore, NBU was able to maintain the inflation level and floating exchange rate of hryvnia, that helped to made it possible to stop the devaluation trend and also gave rise the increase in foreign exchange reserve.

In the year 2016, the average exchange rate of one US dollar to hryvnias was 25.5 hryvnias for one US dollar, as compare to 2015 this was 80% reduction in the devaluation of hryvnia rate. Also by the end of 2016, Ukraine’s foreign exchange reserve was US$ 15.5 billion which was increased by 17% that of the last year, and double the rate as of 2014 which was just 7.5 billion.

Due to the rise of price for gas, electricity and heating for industrial users, which includes the producer of goods and services cause the increase in price in Ukraine. This is also caused by various other factors like import ban by Russia and failure to attract major foreign direct investment (FDI). In 2016, total value of FDI was US$4.4 billion only, out of which major share of US$ 2.8 billion or around 65% was invested in in the finance and insurance sector.

However, beside the positive growth of Ukrainian economy after the Euromaidan, there are much more to be done in financial reforms and market system to gain more speedy growth that is needed by Ukraine, and in days to come there lies the greater role of international communities like IMF and EU to be played in uplifting Ukrainian economy.