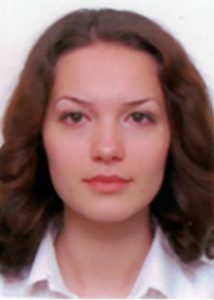 Alla Leukavets joined the Tension project in September 2013 to carry out a research on integration dynamics in Eastern European region. After obtaining a degree in law from the Belarusian State Economics University in 2008, she pursued an MA programme in Human Rights (law/political sciences pathway) at the University of Manchester, UK. After successful completion of her studies in 2009 (with Merit) Alla received a coveted scholarship from the British Council/OSF to participate in the Hansard Research Scholars Programme. She took a course in Democracy and Public Policy at the London School of Economics and interned at the UK Parliament, Joint Committee on Human Rights. Between 2010 and 2011 Alla worked as an Open Society Institute (OSI) researcher at a human rights NGO in Serbia. Her research focused on the problems of the Roma minority in the area of education. In addition, Alla has work experience in the NGO sector in her home country, Belarus, where she worked in 2011 at the main human rights organisation (the Belarusian Helsinki Committee). In September 2011 Alla received an ENP scholarship from the European Commission to pursue a further postgraduate programme at the leading European university in EU studies, the College of Europe (Bruges campus). After finalising her studies in 2012 she received a Robert Schuman Scholarship and did her traineeship at the European Parliament in Brussels, DG of External Policies (EXPO).

Currently, Alla is based at University of Bremen in Germany conducting her PhD research on the topic “Puzzles of integration policy in Belarus, Ukraine and Moldova: politics of two-level games”.