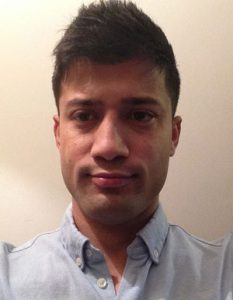 Ashik KC has a graduate degree from Department of Peace and Conflict Research (DPCR), Uppsala University in Social Science with specialisation in Peace and Conflict Studies (2011). Currently, pursuing a PhD research on European Union engagement in managing conflict in the Eastern Partnership countries at the Institute of International Relations, Department of Journalism and Political Science at the University of Warsaw, he has been involved in conducting and assisting peace and conflict research for the past six years. His research interests include causes of ethnic conflict, international organisations and conflict resolution. Some of his key research engagements included assisting principal investigators at the Department of Peace and Conflict Research, Uppsala University in conducting research on the influence of individual rebel leaders in wartime peace negotiations and how change in rebel leadership affected the use of violence, and, assisting principal investigators in conducting a nation-wide peacebuilding survey in Nepal, funded by the Folke Bernadotte Academy on the effects of wartime experiences on the socio-economic and political vitality of communities.