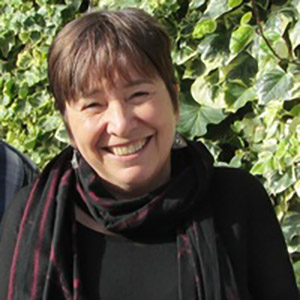 Dr Eileen Connolly a Senior Lecturer in the School of Law and Government, Dublin City University (DCU) where she lectures on gender and politics. Her recent research has focused on gender and political representation including the former Soviet space, and she is currently undertaking research on women’s contribution to the Northern Ireland peace process and the changing relationship between normative gender policies and political realism in international politics.

She is a lead researcher in both the €3.6 million FP7/Marie Curie Initial Training Network in Post-Soviet Tensions and the €3.8 million Horizon2020 project on the Caspian region. The CASPIAN consortium, involving 19 partners, is led by the DCU’s Institute for International Conflict Resolution and Reconstruction (IICRR).

She has led a number of research projects for the Irish Department of Foreign Affairs, the official development agency, Irish Aid, and was previously Director of DCU’s Centre for International Studies and a member of the Executive Committee of the ECPR (European Consortium for Political Research).