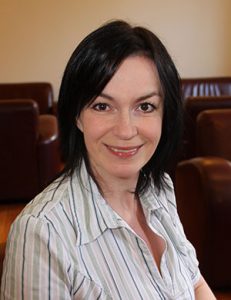 Karolina Stefańczak joined the Tension project as an established professional with years of practical experience in women’s political participation and gender equality within political and electoral processes. For the past 20 years, Ms Stefańczak has been engaged in politics and various forms of building, developing and strengthening democracy, especially in Poland, Great Britain and the former Soviet Union. She has been involved in numerous government-funded, international NGO and academic projects in the area of democratic governance in post-communist countries. Between 1994 and 2005, she was involved in numerous municipal, parliamentary and presidential campaigns in Poland and, in 1998, she became the youngest councillor in her town’s history. Ms Stefańczak moved from her native Poland to the UK in 2007 where for three years she worked for a British MP and senior government minister, and was in charge of managing all the election campaigns for the Labour Party in that constituency. From 2010 to 2011 she worked for the National Democratic Institute in Georgia as a Parliamentary Advisor and Training Programme Manager, and since 2011 as an OSCE/ODIHR expert in an ongoing “Women in Political Parties” programme in Armenia, Azerbaijan, Georgia, Kazakhstan, Kyrgyzstan and Moldova and as an independent election observer in the de facto states of Abkhazia, Transnistria and Nagorno-Karabakh. Currently, Ms Stefańczak is based at Dublin City University in Ireland conducting her PhD research on “Gender and political representation in Georgia and Moldova”, focusing on the role of political parties in the legislative recruitment of women.