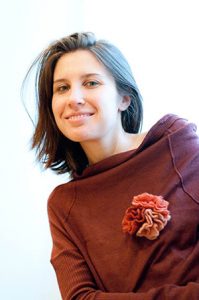 Oleksandra Seliverstova was a Marie Curie Fellow at the Institute of Political Science and Governance at Tallinn University. In 2008 she received her MA in Eastern European Studies from Free University Berlin, where her research focused on ethnic conflicts in post-Soviet area. Her BA in Business Administration was awarded by the International Christian University – Kiev in 2005. In 2005-2006 she worked as teaching assistant at the Institute of Theology and Liberal Arts, in Odessa (Ukraine), where she developed study materials for courses at the Department of Social Sciences. For several years she was engaged in the NGO sector in Ukraine and worked as research assistant for Donnacha Ó Beacháin (Dublin City University) and Gergana Yankova (Harvard University).