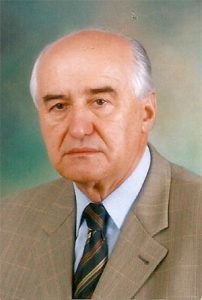 Professor Stanisław Parzymies graduated from the Diplomatic and Consular Department at the Main School of Foreign Service in Warsaw (1961). In the years 1975-1993, he was a researcher at the Polish Institute of International Affairs. In 1993-2003, he was an adviser to the Minister of Foreign Affairs in the Policy Planning Department. In 1979, he was awarded a PhD. In 1985, Stanisław Parzymies earned a DLitt. degree in Political Science from the University of Warsaw. He has been Professor of Humanities since 1993, and Professor Extraordinarius (1994). Professor Ordinarius at Warsaw University since 2000. He held the posts of the Chairman of the Scientific Board at the Institute of International Relations and the Head of the European Integration Section of the Institute of International Relations, University of Warsaw. His research interests include institutional, political and defence aspects of European integration, external policy of the European Union, French foreign policy, Franco-German relations, transatlantic relations, history of diplomacy and diplomatic law.